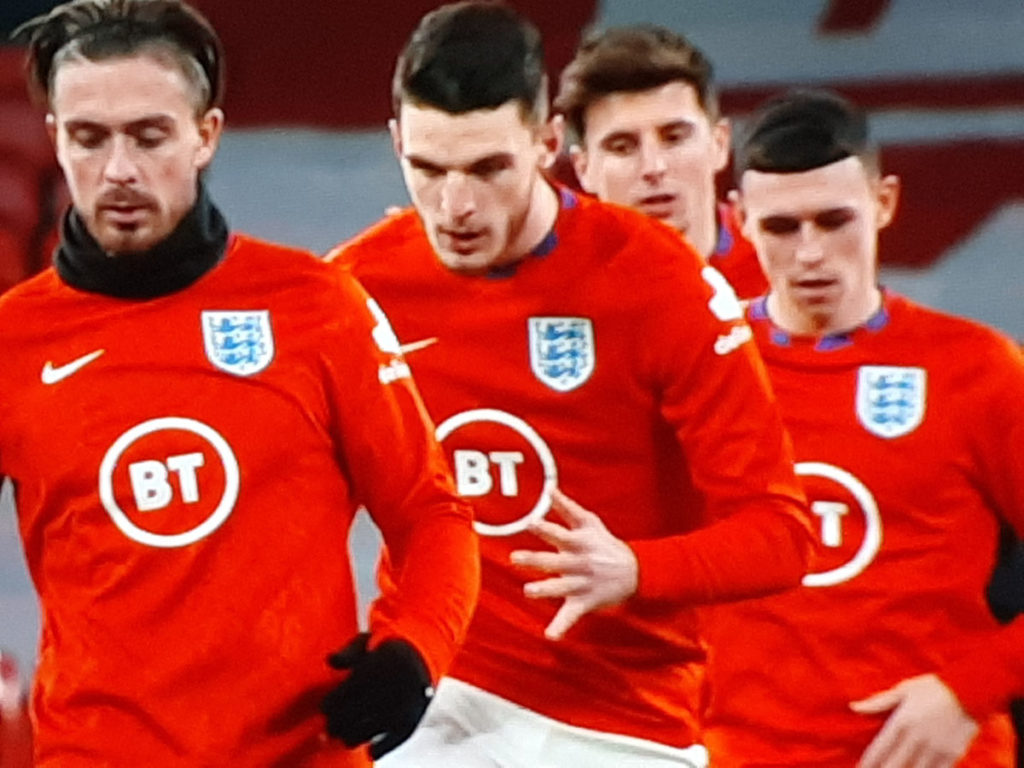 In their final match of 2020, England beat Iceland 4-0. A few days earlier they had lost to Belgium. So what are the implications for 2021, for the World Cup qualifiers and the Euro Finals?

Belgium were leading 2-0 within 24 minutes and, even though England had more ball possession they never looked like winning, or even scoring. As their FIFA World Ranking would suggest (1st) Belgium were the better team by far. They had astro-logical cohesion throughout, from goalkeeper Courtois through defence, midfield to attack and back again:

England were not as cohesive but against a shadow of the Iceland that knocked England out of Euro 2016 they didn’t need to be:

At the moment it isn’t clear who would be in Gareth Southgate’s first team. Although we can assume it isn’t the 4-0 victors: he seems more inclined towards building around…

…rather than Kane, Grealish and Saka. Nevertheless, Southgate can take comfort from Geoff Hurst and Alan Ball emerging as potential World Cup winners in the spring of ’66 and, providing he is thinking on the same lines as Alf Ramsey… I don’t necessarily always pick the best players. I have a pattern of play in my mind and pick the best players to fit the pattern… then over-performing is in the cards and anything is possible!