‘History doesn’t repeat itself, but it often rhymes’, said Mark Twain. Winston Churchill claimed, with some justification that looking back helped him see the future. Indeed, the further back in history he looked ‘the further forward he was likely to see’. Socrates observed ‘there is nothing new under the Sun’. Strauss and Howe in The Fourth Turning identified a saeculum of between 80-100 years: a period when the spiral of time and evolution of consciousness intersect to propel a shift in perception. We are at the end of the one started just after the Second World War. It is a time of new beginnings. And chaos, as the old order is replaced by new concepts, new thinking, opportunity and transmutation. So how will football be affected?

England is the home of the best league in the world. It is home for the best managers, but most don’t happen to be English. ‘The point about football in Britain is that it is not just a sport…It is inherent in the people’, wrote Arthur Hopcraft in 1968. The modern, organised game started in England in the 1860s. The cosmic restart button was pressed in 1946 and since then we have seen tactical, technical, physical and psychological transformations. To see what is next we should look at the game before the 1860s. There was mob football, unregulated street football with swarms of young and old kicking a ball towards their goal: which could be a barn door or a clump of trees in this village or the next. The game usually ended at sundown. Everyone was better for it. The social fabric had been re-cemented (our social engineers share that collective memory and kept football going, via TV, during pandemic lockdowns). The big games coincided with holidays, May days and pagan festivals. In Meso-America, over a thousand years ago the goal of their ritualised football was to please the gods. The winners were heroes the losers lost their heads. When the Conquistadors invaded Mexico in 1518 they were so impressed with their standard of football that, in addition to the gold Cortes took their best players back to Spain to entertain the king. The ‘pressing’ game and cohesion (with their echoes of mob football) have been around since the 1960s. They were effective but so slow to catch on that it gives us a clue about the future.

In the mid 20th century English football stagnated. Maverick coaches like Jimmy Hogan and George Raynor had to go abroad to find work, to the benefit of Hungary, Holland, Germany, Italy and Sweden. Whilst innovators like Alf Ramsey were lucky to find employment in the rural backwaters, in his case to the benefit of Ipswich. So spellbound by the old ways were the top clubs that when Raynor returned home to Barnsley in 1958, after managing Lazio and Juventus and coaching Sweden to Olympic gold then leading them to the 1958 World Cup final he could only get a job with the Lilywhites. No! not first division Spurs, non-league Skegness. However, in the 60s, 70s and 80s the British came to their collective senses. Today, at the end of the current saeculum, the age of balance, cohesion, transition and‘a strong spine’ new insights are pushing the boundaries of those mainstream concepts. Swarm theorists, bulk data analysts, and AI engineers are joining alchemists and astrologers exploring inner space, the morphic field, and telepathy. When the designers of AlphaGo, the machine that beat the world Go champion were asked how they did it. They didn’t know. ‘We just experimented and it did.’ They did not know the cause behind the effect. The machine analysed patterns and predicted what the opponent would do next giving it the initiative. Ramsey did something similar. He picked players to fit his ‘pattern’ of play, and used different patterns depending on the time, place and opposition. At this stage we don’t know how the ‘pattern’ wins games we just know it does. This is a difficult concept in pragmatic England and one of the reasons there are few British managers at the top. It took the eccentric Alf and the one-off Brian Clough to have faith in the abstract. Usually English coaches fill their sides with the ‘best’ players regardless of whether they gel as a team. That also applied to the Lionesses. English managers had failed to fulfil the women’s potential. It was Dutch coach Sarina Wiegman, with more or less the same squad as the one that underperformed less than 12 months before at the Olympics who put a cohesive unit together and won England’s first major trophy since 1966. It is not clear that Gareth Southgate has embraced the new paradigm yet! Fortunately, it’s not too late for him to get the right blend for the World Cup! Nevertheless, it was in Spain where the perceptual breakthrough from olde English kick-and-rush shoulder-barging big-man-up-front to systematic, cohesive inter-play took place. 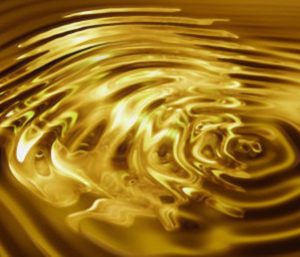 The Alchemists of the middle ages were searching for the elixir, the formula to transform base metals into gold. As Paulo Coelho said, most didn’t find it because they were looking in the wrong place. The few who did were vague about the method; revealing just enough to encourage others to embark on the quest. In football terms coaches who find the elixir, the perfect blend are worth their weight in gold. The symbolic language of astrology is a good way to understand what the blend looks like in practice: The Sun is a universal symbol of gold. We are all born with a tiny amount of gold in the blood around our heart, no one knows how it gets there! The Sun is a symbol of the Real, inner Self, not the personality. It stands for who you instinctively are. Mars stands for how you express your true Self, physically. In myth Mars is the warrior son of the Sun god. They have a close bond in myth and also in the field: when players share the same Sun and or Mars signs they instinctively understand each other. As if telepathically their movement is synchronised. They know what each one will do next which gives them and the team a competitive advantage. The leading exponent of the alchemical approach is Spaniard Pep Guardiola but first let’s look at his inspiration, Real Madrid.

Guardiola has taken cohesive team-building to another dimension:

So, what about the Sorcerer’s apprentice? Does Guardiola’s former assistant and fellow Spaniard Mikel Arteta use alchemy, astrology or DeepMind at Arsenal?

One could only conclude, Yes, albeit a work-in-progress.

Arsenal Women
And not only the Arsenal men: it seems the women are on a similar cosmic trajectory. On the 19th October 2022 they beat defending European champions Lyon 5-1. It is a significant result because Lyon had dominated the women’s game for 10 years and in 17 years hadn’t conceded 5.
midfield
WALTI Sun Aries Mars Cancer
MAANUM Sun Cancer
LITTLE Sun Cancer Mars Aries

*The signing of so many players with the same zodiac sign is clearly by design, and a sign of the coming Times.