In spite of a Norwegian coach, a Canadian assistant, a midfield bolstered by the Wales captain, a world-class Scot in midfield, having the star striker in the Japan Olympics (White scored all 3 GB goals), and great preparation funded by the National Lottery team Australia waltzed through the GB defence as if it was England vintage 2019. Granted! It took extra-time for the Matildas to exert enough collective pressure to expose GB’s Achilles’ Heel – the lack of cohesion in defence – but as Tom Garry, writing for The Daily Telegraph rightly said ‘…there was exasperatingly poor defending for which GB can only blame themselves, particularly when a place in their first Olympic semi-final seemed to be in their grasp’. 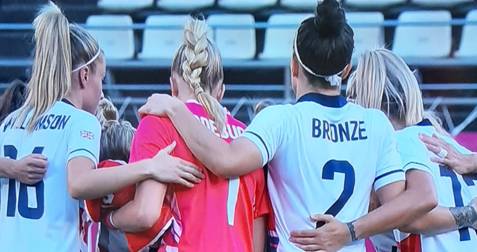 Individually no one can argue with Hege Riise not picking the best defenders but as Phil Neville found out to his, and England’s cost at the 2019 World Cup they were not the best combination – see below and compare with England’s World Cup side: